She said the state hoped to get Kinta Valley — which includes Ipoh, Batu Gajah and Kampar — listed as a Unesco tin heritage site by 2012. 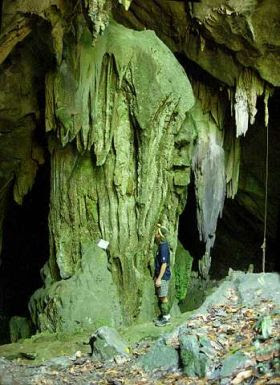 She said a committee comprising representatives from the Ipoh City Council, Kinta Heritage Group, Perak Tourism Action Council and the National Heritage Department was preparing a nomination dossier on Kinta Valley to be submitted to Unesco.

Hamidah said the committee had been tasked to identify and mark sites and buildings to be included in the dossier.

“We are looking into the possibility of promoting Visit Perak Year in 2012 and everything must be in place by then,” she said in an interview.

Hamidah said the Kinta Valley had left behind significant buildings from its glorious tin mining past. 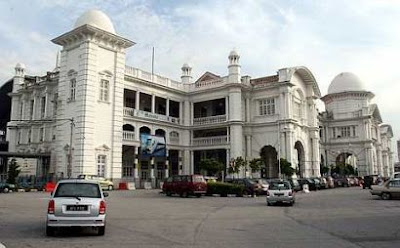 She said these heritage structures were treasures that should be preserved.

“Unlike modern buildings, the old ones will be gone forever if uncared for and torn down.” she added.

Hamidah said about RM450,000 had been allocated for conservation projects in Panglima Lane (Concubine Street) which was among the sites that had been identified.

“We have roped in a team specialising in conserving old buildings from Universiti Teknologi MARA to help us,” she said.

Hamidah also said the tin dredge in Batu Gajah was another heritage structure that should be protected.

“It is our last remaining tin dredge and is in very bad shape with its pontoon badly damaged,” she said, adding the dredge caretaker had estimated RM1.5mil to fix it.

Hamidah said there had been proposals to move the tin dredge away from the outskirts of Batu Gajah and closer to towns.

“The cost to dismantle and reassemble the structure is also a killing factor, at about RM30mil,” she said.

“We have spoken to the National Heritage Department to get feedback on the matter,” she added.

He said the group had distributed 500,000 copies of the Ipoh Heritage Trail to rekindle the people’s interest in the cultural heritage of the city.

“We have also introduced the Ipoh Heritage Trail tour which starts from the Ipoh railway station and end at Jalan Panglima (Concubine Lane),” he added.

Participants would be taken to see 24 historic buildings and places including the Straits Trading Building built in 1907, the former tin miners club Han Chin Pet Soo built in 1929, the 1920’s Dramatists’ Hostel and the Ipoh Railway Station built from 1914 to 1917.

Yap said the group was registered in April to assist the government to “save Ipoh” and promote the city, which has more than 120 years of history.
Posted by Assoc. Prof. Dr. Richard Ng at 3:25 PM