Firing up an interest in dragon kilns of Ipoh 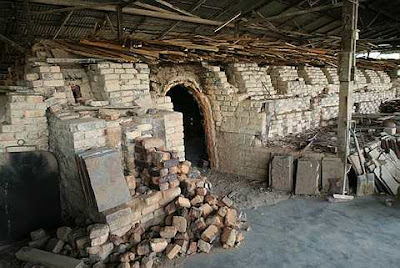 Sixty-year-old business: One of the dragon kilns that is still in use at Sin Cheak Seng on Jalan Kuala Kangsar, Ipoh.

IPOH may hold a secret that not many know about, not even its sons and daughters who have lived here all their lives.

A rare gem in present times, there are actually a handful of operational dragon kilns lying in our own backyard.

For thousands of years, dragon kilns — brick-built kilns shaped like a dragon and fuelled with firewood to fire ceramics — were used extensively in China and later on in parts of South East Asia due to the migration of its people.

But no thanks to modern and more convenient processes that use diesel and electricity, these old-fashioned kilns have become a dying breed. 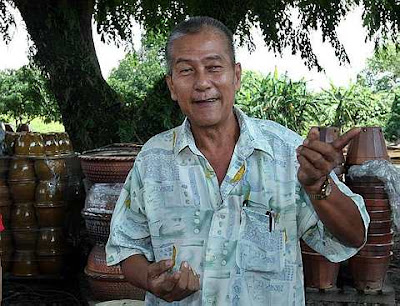 According to one owner Chin Kam Peng, a third generation potter operating on Jalan Kuala Kangsar, there could be perhaps 10 dragon kilns left in Ipoh.

“They are still in working condition despite having been built 60 years ago by my father,” said Chin, whose company Sin Cheak Seng exports flower pots and an assortment of pottery to Europe, Australia, the United States and Canada.

Firing ceramics in dragon kilns is a long and tedious process but the results are often unexpected and worth every effort. 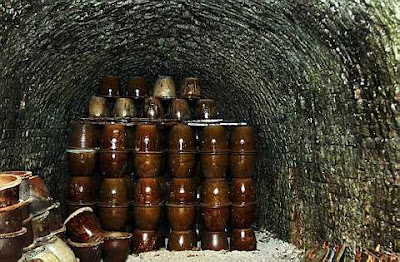 Polished product: Flower pots being left to cool inside a kiln.

Regardless of what the pro-ducts are, it takes up to 30 hours at above 1,400 degree Celsius to fire the pieces.

“We have to continuously stoke the fire to make sure the heat remains at that temperature,” he said, adding that it takes another 10 hours or so for the pieces to cool before they can be removed from the kiln.

“There is no short cut to it. Otherwise, the pieces will crack and have to be thrown away.

“But what we get for our time and effort are beautiful pieces that are unique from each other,” he explained.

Wood ash settles on the pieces during the firing, and the complex interaction between flame, ash, and the minerals of the clay body forms a natural ash glaze.

This glaze may show great variation in colour, texture, and thickness, ranging from smooth and glossy to rough and sharp. 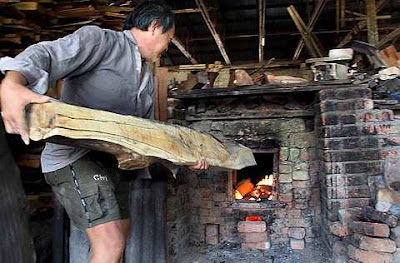 Tang Teng Guan, 52, a third generation kiln worker, had picked up the trade from the time he was 11 years old.

“It requires much practice and experience because you are to judge if the temperature is right by just looking with your naked eye.

“It is physically draining and a dirty job, which no young man is interested in doing or even know about for that matter,” he said. 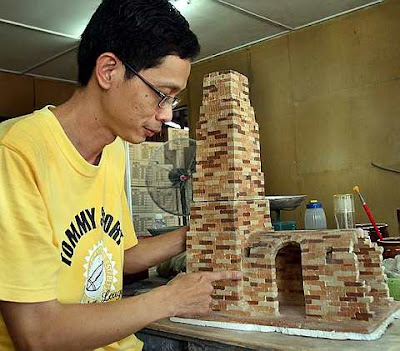 Ceramic artist: Tan with his replica of a dragon klin.

In an effort to create more awareness about the dragon kiln, tea merchant Legend of Tea Sdn Bhd is teaming up with local ceramic artist Tan Vooi Yam and a group of potters from Singapore to hold a pottery exhibition next month.

“The Splendour of Tea and Clay” will feature pieces made from Ipoh clay fired in dragon kilns. The pieces will be sold to the public to raise funds for charity.

Legend of Tea advertising and promotion head Ng Sook Peng said pottery was as much an art as tea drinking.

“Ipoh is famous for our limestone hills and water. We have very good clay for making teapots but all this time, we’ve been importing clay from overseas.

“This got us thinking, why not promote our clay in Ipoh and at the same time promote the dragon kiln which is dying a natural death,” said Ng. 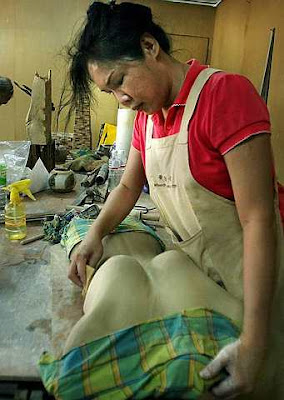 Life-sized-sculpture: Chong creating a torso from Ipoh clay as an art piece for a wall.

Part-time potter Vernice Chong, who is amongst three potters from Singapore taking part in the exhibition, said two remaining dragon kilns in the island state were no longer in use.

“We met Tan at an exhibition a few months ago and were very excited to learn from him that Ipoh still has dragon kilns.

“We are here to try out Ipoh clay and explore the dragon kiln, which is really very rare,” said Chong.

The 49-year-old housewife said that she was particularly fond of the natural fine lines on the pieces created from the slow firing in the dragon kiln. 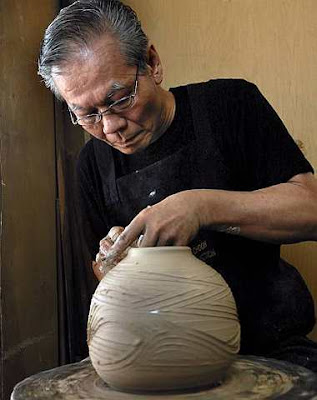 Skillful handwork: Lim moulding a vase that will be fired in a dragon kiln and sold at a charity exhibition in Ipoh.

“And the inside of the kiln is most beautiful and colourful due to the glaze that ends up on its walls during the firing process,” said Chong, who was recently in Ipoh with the two other participants, Andrew Chua and Lim Hua Choon.