Treasures from China’s past - Star

AN antique enthusiast in Ipoh has in his possession rare artefacts which he believes dates back to the Song and Tang Dynasties. 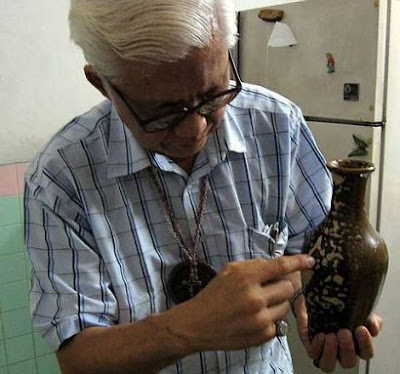 Chua Siow Heong, 61, said he acquired them 20 years ago from friends and they were now his most prized in his collection of 800 items from around the world.

Chua said the two artefacts, a porcelain vase from the Song Dynasty and a coin box from the Tang Dynasty, were over 1,000 years old.

“I did some research on the items about their origin,” said the traditional medicine practitioner when met recently.

He noted that the earth-coloured coin box showed that people in ancient China already had a way to store their money.

He said the dark brown vase had two different patterns on different sides, which he believed was a mistake made by potters in ancient China.

“I have also asked a professor from Sichuan University in China in 2003 about the artefacts. 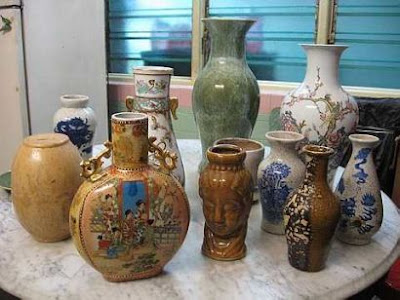 “The professor advised me to keep the items carefully as they were rare and could not even be found in China,” he said.

He also said that there were not many experts on the artefacts that he could talk to and exchange opinions with in Malaysia.

“If I can meet with other enthusiasts in Malaysia, maybe I can learn something new about these artefacts,” he said.