FARMING is making inroads into land-squeezed cities as many urbanites seek tranquillity amid the hustle and bustle.

The green campaign has also prompted more people to join the fraternity, especially after they have tasted the sweetness of their labour — organic fruits and vegetables.

Retiree Chia Sun Pau, 61, started planting fruits and vegetables in his house compound 12 years ago, when he discovered that the so-called organic vegetables he had been buying were actually sourced from the wholesale market. 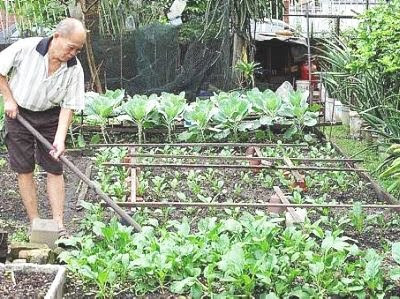 No sweat: Chia enjoys working on his vegetable plot in his garden

The accidental farmer has not looked back since.

“I have peace of mind knowing that my family members are eating safe food because I am the one planting it, and, of course, it gives me a good feeling to be doing that for my loved ones,” he said when interviewed at his home in Setapak, Kuala Lumpur.

While many may think gardening and farming are hard work, Chia has never felt that way.

“It is not taxing at all, and I enjoy being surrounded by greens and blooms,” he said.

The affable man had an exciting Chinese New Year because he had an exceptionally good lettuce harvest, having made a little adjustment to his winning formula.

The compound of his corner terrace unit is home to some 20 varieties of fruits and vegetables that always grow to impressive sizes, as well as a myriad of blooms that are big and bright. 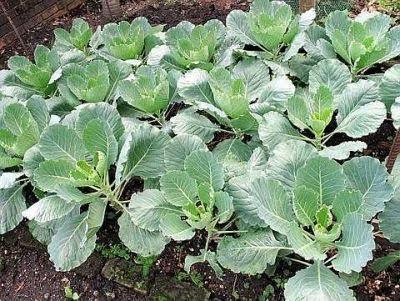 Lush greens: No, this is not a farm in Cameron Highlands, but the compound of a corner terrace house in Setapak.

He attributed his success to the organic fertiliser he invented — a mixture of fruit peel, vegetables and egg shells left to decompose for three months in air-tight containers — which he mixes into the soil.

“I tried out a new way this year: I applied a layer of the fertiliser below the soil and the lettuce grew to an amazing size in just 40 days,” he said, adding that it used to take 50 days for the plants to attain that size previously.

His produce has made headlines in the Chinese newspapers on several occasions and each time, he would be inundated with calls from as far as Malacca, enquiring about his farming secrets. He has always obliged happily, and has even visited the callers in their homes to show them how it was done. 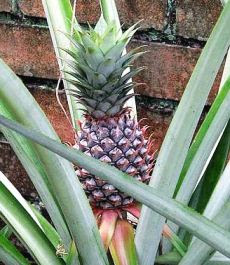 Fruit of his labour: Pineapple is one of the many fruits Chia plants in his garden.

Several schools have also invited him to impart his skills to the students.

Chia is generous in sharing his success.

Orphanages, old folks’ homes and neighbours are regular recipients of the sweet fruits of his labour, too.

“I want to share my formula with as many people as possible so that more can have healthy food. And, it is good for the environment, too.

“With the fertiliser, you do not need any pesticide either,” he added.
Posted by Assoc. Prof. Dr. Richard Ng at 9:47 AM