On the eve of Chinese New Year 13th Feb 2010, approximately 150 people gathered at the Tong Wah Cave temple to celebrate the countdown. The occasion also the burning of giant joss sticks by worshipers and well wishers. 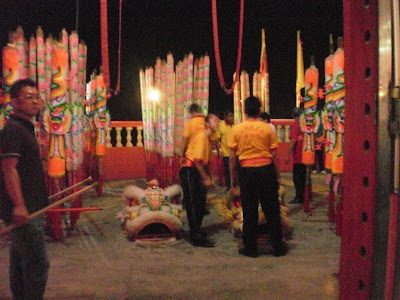 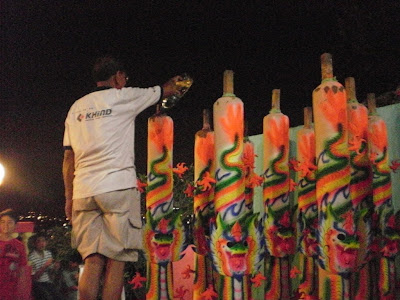 Many came with their family members to offer prayers to the Lord of the Land, the guardian of the temple. There were also lion dance being performed at the foot of the hill before performing in the cave located 155 steps above. 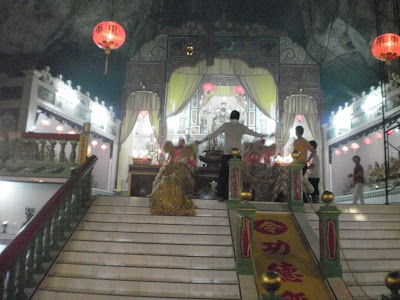 By 11.00pm, the names of donors and worshipers were called to collect their sticks dipped in kerosene to be used to light up the giant joss sticks. 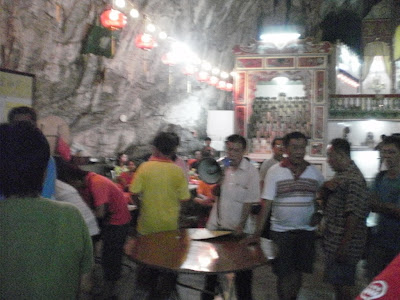 At 11.45pm sharp, the giant joss sticks were burned. It was then followed by the lion dance performance. Fire crackers were lighted up at 12.00am to mark the start of the year of Tiger. 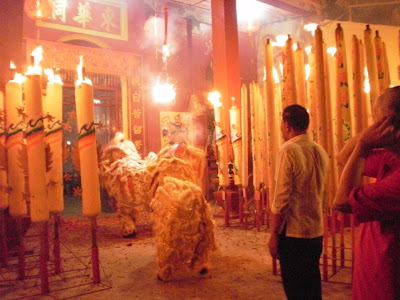 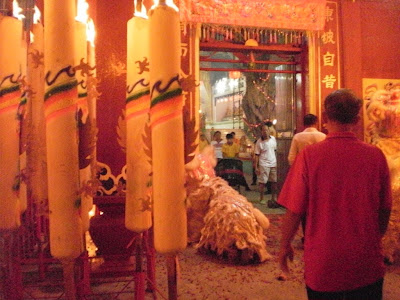 Mandarin oranges donated by well wishers were given away by the lion dance. By 12.45am, everyone started to descend and travel back to their destinations. 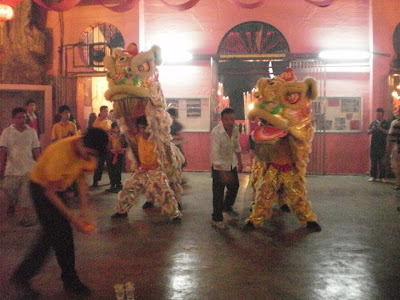 According to Mr. Chang, who is one of the committee members of temple, this is the first time that they received huge support from the public in terms of donation and number of giant joss sticks. 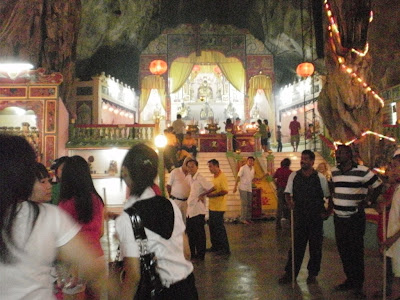 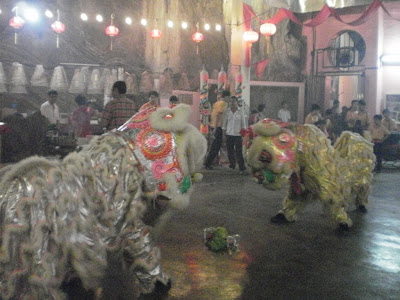 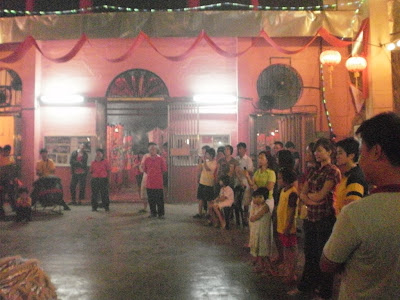