HAINANESE dumplings stand out among the usual dumplings as these are wrapped with banana leaves instead of bamboo leaves. These are also tied individually while the others hang from a bundle of hemp strings.

The Selangor and Federal Territory Hainan Association Women’s Section members demonstrated the methods to make the pyramid-shaped delights. The dumplings are later boiled until thoroughly cooked.

To make these, hemp strings, banana leaves (grill them over charcoal fire, then wipe clean) are required. 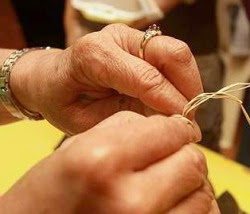 Step 1: Tie two hemp strings together by making two knots — a few centimetres apart — in the middle of the strings. 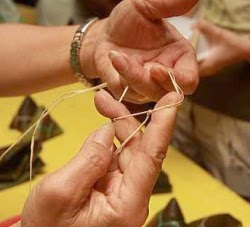 Step 2: There should be a loop like this if you tie the strings correctly. 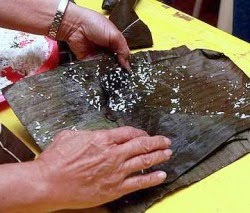 Step 3: Lay one banana leaf on top of another. 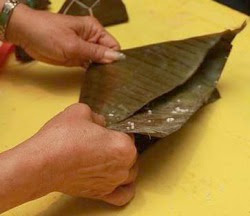 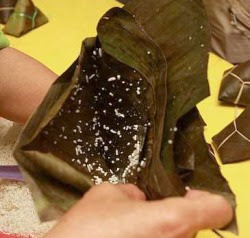 Step 5: Open the folded leaves to form a cone. 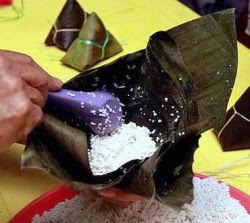 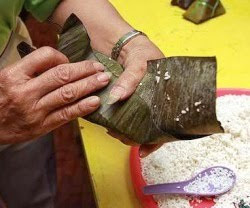 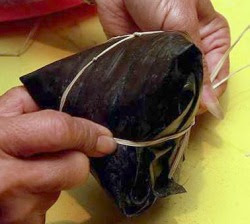