Accepting a challenge from her spouse, Jesslyn Goh has set up dessert outlets and is determined to expand within the Klang Valley.

IN a bid to bring her husband back to Malaysia, Jesslyn Goh vowed that by the end of next year, she would open up several dessert outlets in the Klang Valley. 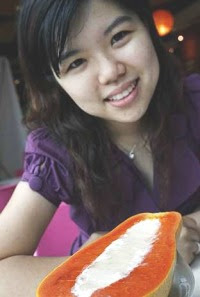 One of the popular dessert dishes at Snowy Healthy Dessert Home is the Hasmar with Coconut Juice in Papaya.

Her husband, who is Hong Kong national told her that the only way to get him to reside in Malaysia was if she could set up five outlets of her Snowy Healthy Dessert Home within two years.

Married for six years, the 27-year-old is determined to win the challenge and has since opened up two outlets: one in Mid Valley Mega Mall and the other in Sunway Pyramid within the course of only a year.

“I understand why he wants me to go through all this.

“But I appreciate the fact that he would still consider moving here if I successfully set up another three more outlets,” said Goh. She met her husband while studying Mass Communications at what was then Limkokwing college. After dating for about a year, she decided to move to Hong Kong with him and a few months after that, they were married.

“I stayed there for close to four years, working with California Fitness in the Human Resource Depart­ment,” she said.

“One day, I was supposed to meet my husband but he was too caught up with work, so I thought I’d wait for him at one of the dessert parlours.

“It was then that I realised that in Hong Kong, desserts play a really big role in their lives. Over there, a plate of dessert is free after every meal in every restaurant.

“You can see about 100 ­dessert shops if you walk along the long stretch of shop lots at the popular places.”

Inspired by this, Goh had the idea to one day open such a business back in Malaysia. Opportunity knocked when she was offered the post of country manager of California Fitness in Malaysia.

“I immediately took the job offer because I missed Kuala Lumpur so much and couldn’t wait to move back to Malaysia. 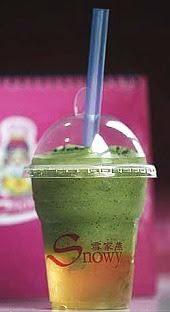 “However, my husband refused to move back with me, saying that he was already too comfortable in Hong Kong.

“I couldn’t pass up this opportunity and told him I’d move anyway and hoped that he would come after me soon and that’s when he came up with the challenge,” explains Goh.

Snowy Healthy Dessert Home offers a wide variety of snowy drinks which combine mixed fresh fruits, aloe jelly and bird’s nest. The desserts have no artificial flavours, and are made without the use of powders or purées, according to Goh.

Apart from the desserts, the outlet also serves local and Western-style food but the highlight is obviously the scrumptious desserts.

You might think that the bird’s nest drinks are going to put a dent in your wallet but that is not the case here at Snowy Healthy Dessert Home.

“My family owns a bird’s nest business in several towns in the country like in Ipoh and Johor.

“So I am able to sell the drinks at a much cheaper price compared to my competitors,” she said. 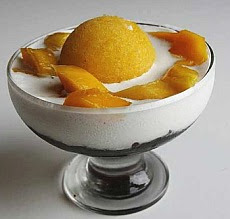 There are 60 items on the menu, including the main meal dishes and most of them are creatively crafted by Goh herself.

“My intention was to target the younger generation aged between 16 and 23, but surprisingly, I get a lot of the older generation who are more health conscious.

“The drinks are 100% without artificial flavouring substances and without white sugar. I use only brown sugar in my drinks and dishes.”

Goh mentioned that she is hoping to open outlets in Sungai Wang Plaza, Kuala Lumpur, as well as Cineleisure and The Curve in Mutiara Damansara, Petaling Jaya.

Meanwhile, if you’d like to sample her tasty desserts, check out her shop at Sunway Pyramid, located on the First Floor in the Asian Avenue section. Goh can be contacted at 03-5632 8831.
Posted by Assoc. Prof. Dr. Richard Ng at 3:37 PM