Alive with the sound of music

THE Penang Botanic Gardens’ Quarry Gardens took on a carnival vibe over the weekend with revellers en-joying the Penang World Music Festival.

The event returned to the gardens for a second instalment, bringing in a whole new line-up of artistes from across the globe.

The audience was then charm-ed by Irish band Teada’s fast-paced joyous tunes. 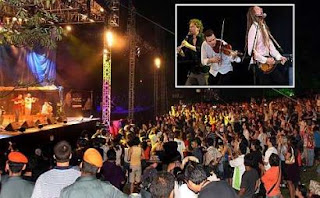 Revellers flock to the Botanic Gardens to enjoy the Penang World Music Festival. Bands from all over the globe like Afenginn from Denmark (inset) mesmerise everyone. 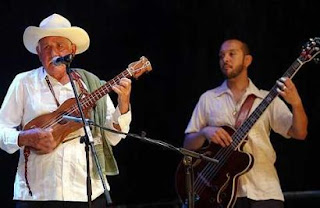 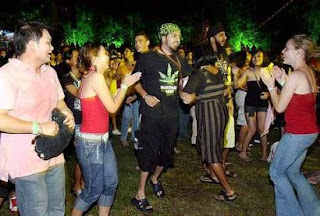 Rhythm of the night:Revellers dancing to the beat.

The funky and humorous Danish band Afenginn continued the concert with its intoxicating energetic performances of Nordic folk music before Salem Tradition of the Reunion Islands filled the Quarry Gardens with wondrous vocals and rhythmic beats.

Badila, a band of three cultures - Iranian, Indian and French – gave a culture-packed performance with its enthralling dancer and her continuous twirling.

Chants never sounded so explosively good until Croatian ethno-rock band Kries hit the stage to close the second night. Their performance was hypnotic and addictive.

After a revisit to Denmark with the eccentric and ever fun to watch Afenginn, Kenyan group Kenge Kenge ended the musical journey with its benga (something beautiful) music.

The men and women of Kenge Kenge, and their wonderful display of showmanship and humour throughout their performance certainly gave the show a very happy ending.

For the second year, the World Music Festival brought revellers nothing but joy, excitement and wonderful music which acted as a bridge to different cultures.

The only thing missing from the event was the rain, which was a good thing.

Tourism Ministry secretary-general Datuk Dr Victor Wee said at a press conference on Saturday that the event generated a lot of interest locally and abroad, with international bands offering themselves to the organisers.

Wee said the festival in Penang was de-linked from the Rainforest Music Festival in Sarawak, as the performing bands for both events were completely different, unlike last year.

PTAC chairman Datuk Kee Phaik Cheen, who was also present, said a certain standard for the event had been set and it must be maintained, if not heightened.

She also said a larger crowd could be expected at next year’s World Music Festival, which will start from Labour Day until May 3.
Posted by Assoc. Prof. Dr. Richard Ng at 11:00 AM