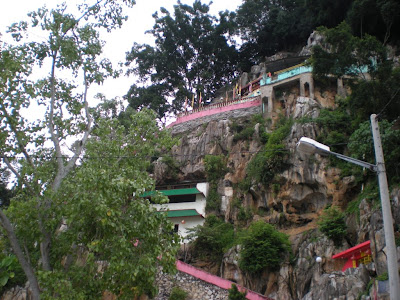 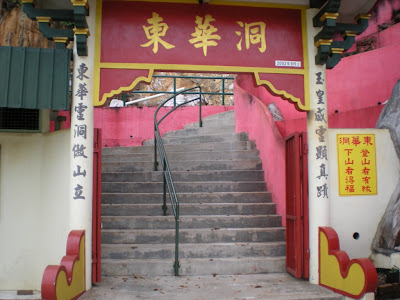 The entrance to the cave temple

The Tong Wah Cave Temple located near Tambun in Ipoh celebrated its 138th anniversary yesterday. The cave, which was founded in 1872, was thought by many archaeologists to be more than 250 million years old. 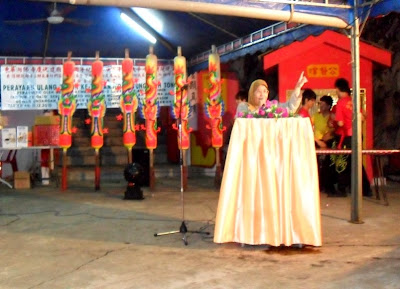 The cave temple, which is located 100m above ground and 500m away from the Lost of Tambun, is visible from the main road leading to Tanjong Rambutan. 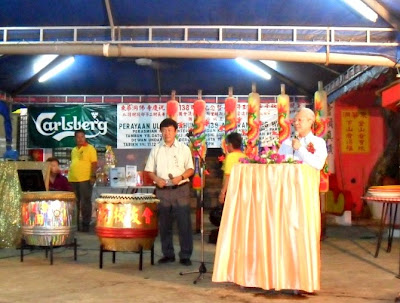 The function was attended by over 800 people. Also present were the Minister of Finance (II) and Member of Parliament for Tambun, Dato' Seri Ahmad Husni Hanadzlah and State Assemblyman for Ulu Kinta, Dato' Rosnah Kassim. 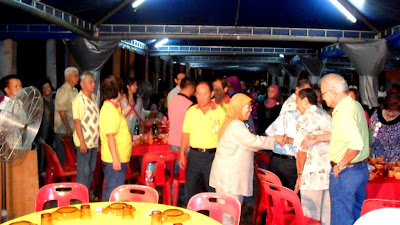 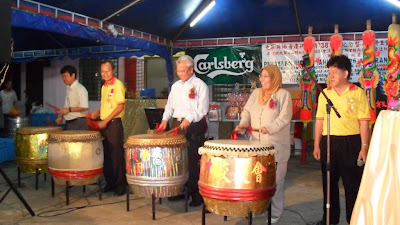 The objective of the function was to raise fund for the development and expansion of the Buddhist Meditation Centre located at the foothill of the cave. 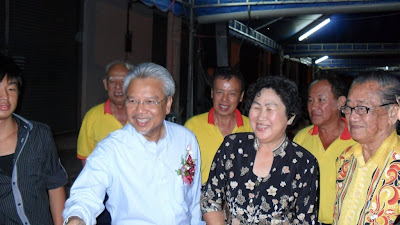 Temple Association Chairman, Mr. Lee, said that the Tong Wah Cave temple was founded by Liew Tong Sen in the 1870s. Several buddhist monks used to stay and do their meditation there. Several philanthropists include Leong Sin Nam has provided funds in the early stages to help develop the temple. Its strategic location and also its long history can become a tourist attraction for the state of Perak. He welcome any individual or organization to help expand and develop the temple. 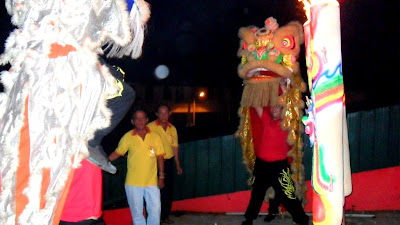 The burning of the giant joss stick

During her speech at the function, Dato Rosnah congratulated the temple committee for having successfully organized the functions. She hopes that everyone regardless of their religious beliefs can live harmoniously and peacefully and contribute towards the development of the nation. 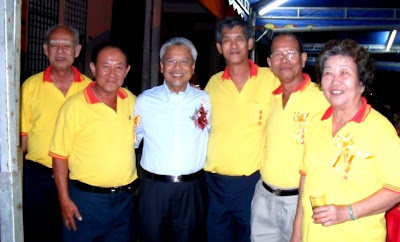 Dato' Seri Ahmad Husni in his speech also congratulated the temple's committee on their 138th anniversary celebration. He said he was very happy to be invited to the occasion. As MP of Tambun, he will provide assistance to the temple committee to ensure that the Tong Wah Cave Temple will become not only a place for the buddhist to meditate and offer prayers but also as a tourist attraction. 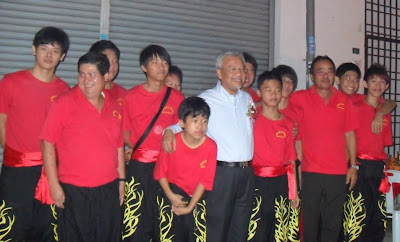 During the function he contributed RM20,000 to temple committee to help fund its development plan. 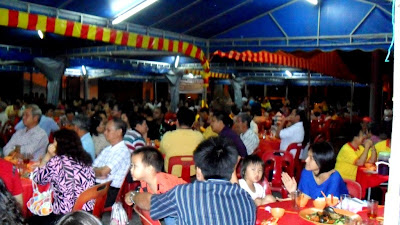 Part of donors who have come to celebrate 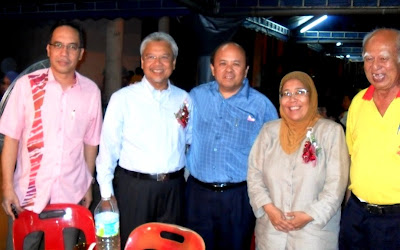 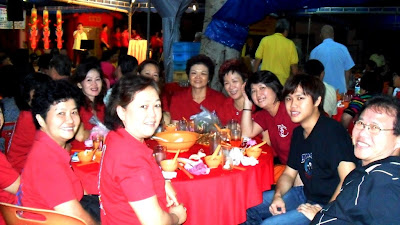 Members of the Line Dancers 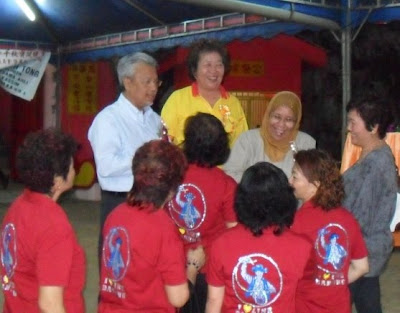 Chatting with the Line Dancers from Tat Choi Primary School 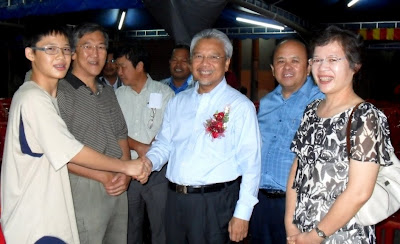 Dato' Seri Husni shaking hands with Jun Hoong, whom he has given advice on future education 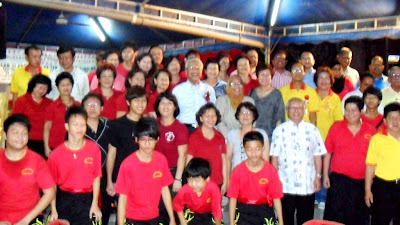 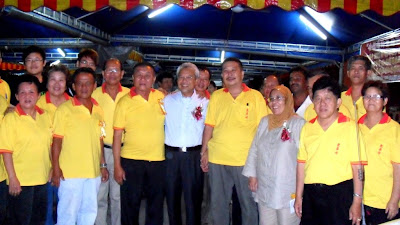 The function which began at 7.30pm with the national anthem song "Negaraku" ended at 11.00pm. 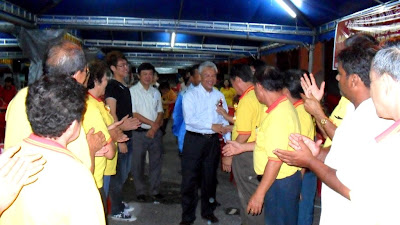 Members of the Tong Wah Cave Temple committee lining up to give Dato' Seri Husni a grand send off
Posted by Assoc. Prof. Dr. Richard Ng at 3:10 PM