Sample European cuisine with emphasis on Croatian treats - The Star

WALKING into the Dubrovnik restaurant is like entering the historical city itself.

The restaurant at Solaris Mont Kiara is owner Zoran Djumic's memory of Croatia as the family replicated the famed city by emphasising some of its charm, notably the white walls.

His daughter Dina, who is the general manager, says the family hoped to introduce Croatia and promote her people, culture and food to their customers. 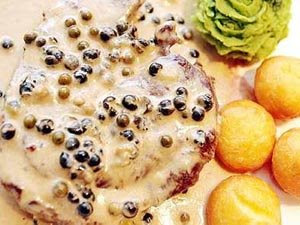 The republic's patron, St. Blaise or Sveti Vlaho as referred to by the locals is visible on the glass panels that front the outlet with the crest of Dubrovnik sharing a spot. The crest is also stamped on the cover of the plum red menu.

Dubrovnik has been called a Croatian restaurant but Dina corrects this perception, saying it serves European food with emphasis on Croatian favourites.

Not knowing what to expect at a Croatian-European outlet, we asked Dina and her friend Bruna Kobescak to walk us through the dishes. 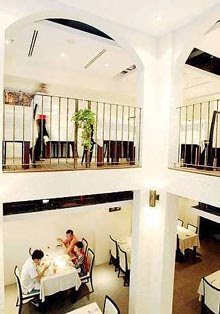 On the menu, the appetiser section lists out a variety of soup and cheese offerings.

We had the Appetiser Platter that consisted of Strukli, Suppli and Palacinke, which are traditionally Croatian.

The Strukli is a likeable starter – a fresh cheese dumpling pan fried with breadcrumbs and served with sour cream while the Palacinke is crepes filled with cream cheese and baked.

The cheese for both these appetisers are made at the outlet so it is guaranteed to be fresh and flavourful.

There’s an Italian influence in the brown and round Suppli as these fried rice balls have mozzarella as an added ingredient.

With Italy, a close neighbour across the Adriatic Sea, it became evident why some of the dishes that rolled out of the kitchen looked very familiar.

The Calzone – the huge folded pizza was our first main course.

Packed with either beef or chicken salami, the calzone is handsomely flavoured with tomato, mushrooms, mozzarella and oregano.

“All the pastas here are freshly made and served with our homemade sauces,” Dina said.

Then Dina pointed to the wood-burning oven in the kitchen where the outlet's famed pizzas were baked. 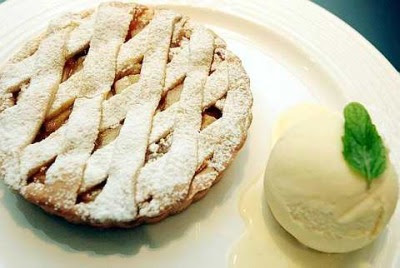 She explained that the food of the Italians was also familiar to Croatians, as pastas, pizzas and breads had become part of their lifestyle.

A typical Croatian meal would be the Cevapi and Djuvedj, which translates to mean grilled meat with fragrant rice.

The Cevapi (meat) is styled like a kebab, only that the meat is not fashioned unto skewers but moulded by hand to look like sausages.

This simple grilled meat seasoned with garlic, salt and pepper is dished up with a lovely serving of rice, with eggplant, tomato, capsicum, celery and onions offering a good combination of taste and colour.

On the side, a spicy Croatian vegetable salsa accompanies the rice and meat presentation. 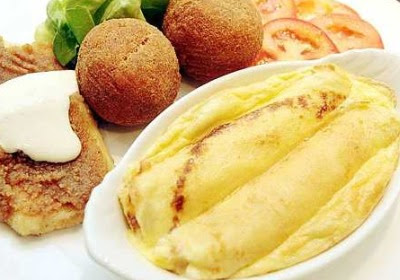 Authentic: The Appetiser Platter that consisted of Strukli, Suppli and Palacinke is traditionally Croatian.

Another Croatian dish is the Chicken Agram with chicken breast filled with scrambled eggs and fresh spices, served with chips and mixed salad.

The Lamb Croatia, a lamb steak dish lavish with green pepper sauce accompanied by mint flavoured green peas and pommes dauphine is appropriate for the not so adventurous as it borders on familiarity. It is after all, a steak!

Dina said some of the Croatian dishes required a day’s advance notice for preparation like Peka, Tartar Beefsteak and Sarma.

The Peka is described as a preparation of meat, seafood and vegetables under an iron bell, cooked in a wood-burning oven while the Tartar Beefsteak is grated raw beef that gets tossed with 12 spices at your table. Interesting!

The Sarma lends a little sour taste on the palate as minced beef with rice, rolled in sour cabbage leaf is served with gravy and mashed potatoes. 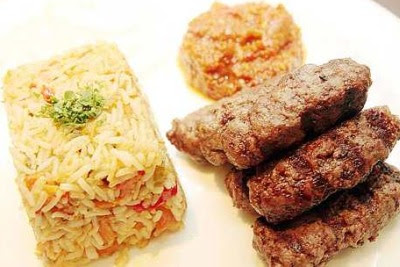 Dig in: A typical Croatian meal would be the Cevapi and Djuvedj with flavourful rice and minced meat sausages relished with Croatian vegetable salsa.

Once the Croatian chef’s creations have been dealt with, the French chef works his spell rolling out mouth-watering desserts to entice customers.